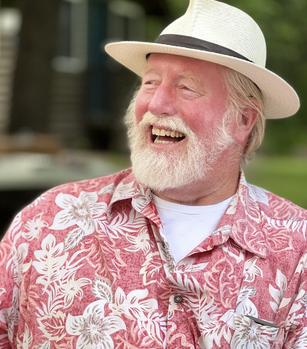 I was born in Santa Monica California in May 1950. We lived 10 blocks from the beach and grew up surfing and spending time at the beach riding bikes, go-carts, and mini bikes till I was twelve. Then life changed- my mom died.

My two older sisters and I grew up quick. I bought my first car at 13, and old model A, to keep me out of trouble.  I built it into a hot rod.  I bought my first motorcycle at 15. I took my first road trip at 16 to deliver a boat to a friend’s cabin in Western Canada.

I took my second road trip at 18 from California to Washington state cross country to Upper New York state. We were going to ride our motorcycles but Easy Ride the movie came out just before we left, so we decided we would take our Dodge station wagon.  My older sister and I had both just inherited some money from our grandmother. My sister asked if I wanted to go to Europe with her- so away we went!

Many months later I returned to southern California. I moved in with a buddy who worked in a restaurant called The Great American Food and Beverage Co. and got a job working with him as a bartender. I worked about a year, and then he and I and one other friend decided to take another road trip to Mazatlán, Mexico. I was traveling with two friends who wanted to keep traveling further south to Puerto Vallarta, then to Guatemala, so I hitched a ride back to California in a VW Bus with a guy who was smuggling rattle snakes back into the US (unbeknownst to me!). Got a ride all the way back to Santa Monica where my other sister was keeping my camper VW Bus for me.

Still wanting to travel, I headed north to Paso Robles and got a job planting grapes and laying out grape fields, worked a couple of months and headed north up the coast to Oregon, then to Washington state, and from there, Montana to visit Glacier National Park and some friends from Bozeman that I met while traveling in Mexico. I met another traveler while in Bozeman who was headed to Jackson Hole Wyoming to work on a horse and cattle ranch. He asked the owner if he needed an extra ranch hand, and I was hired to work cattle and take clients on horse trips into the Wind River wilderness. I worked three months for them while still living in my VW bus and a teepee on the 1700 acre ranch.

I was down to my last few dollars and decided I should head back to sunny southern California. Four days later, back home, I walked into the restaurant where I used to work and for my job back as bartender. It was there where I met my first wife. That was 1971.  I worked about nine months and then got a job working construction on a house on the beach. Totally changed my life. I took to construction as a dream job. Worked on the same house for three years learning from a master carpenter doing rough and finish work. I also watched the contractor overcharge the owner on all sorts of construction items, which I thought was wrong. While on that job I bought a lot at a land auction, and built my first house. During those three years I rented a house on a bluff overlooking the ocean from a friend’s father for $100 a month. He later financed my first house and I worked for him and other clients building houses for the next five years.

My next move was to Carmel California to work on a house for a friend’s daughter. On arriving at the construction site, the contractor turned out to be a man I ran into while traveling in Europe. His father owned a school for contractors, so while working there, I got my contractor’s license. I worked there a year or two and decided to move to northern California to build a house for an old neighbor from Santa Monica. My wife and I ended up buying a house in Freshwater California, just outside of Arcata and Trinidad.

While there I took another job working for a contractor building 17 houses for the college of the Redwoods, that were all self-sufficient homes. Then work dried up.

In 1980 I was the last contractor to pull a building permit in the county of Eureka, for the construction of a deck for the owner of the local lumber mill, for a $38,000 redwood deck.

Later that year my first son was born during a 7.6 earthquake, in Nov 1980.  His nickname was “Shaky”. Time to leave and head back to sunny South and lots more building and making some real money. My second son was born in 1985 in my house on top of the mountains in Malibu.

I did many construction jobs for other companies until I started doing my own jobs, working for clients in the movie industry, who would then recommend me to other friends. I never had to advertise after that.

That covers 1980 until 1995.  I worked through fire, floods, and earthquakes, and a divorce after 20 years of marriage.

We lived in Connie’s house in Malibu West, on the north end of Malibu, while I sold mine in the mountains of Malibu. We remodeled her house over the next 9 years, then we both thought of retiring- somewhere?

I had bought a small cabin on one of the islands off Vancouver Island in 1980, and we considered moving there, but with getting older, it wasn’t convenient. (You had to take your own boat, or the island ferry, to go shopping or to doctor appointments). We also looked at Washington and Oregon, but could not find property on water we like. Then Connie suggested Minnesota, with all the lakes, and her mom and brother, so we started looking for lake property.

In November of 2006 we finally found a place that would work for us, and bought it. A year later in 2007 we made our final move to our new home in Chisago City.

Soon after, while walking in our neighborhood, Connie met Joe Sorga and started talking (as new neighbors do), and he suggested I come toa Rotary meeting and join. He also asked me to go with him to a city planning commission meeting to get to know some of the people in our community. I got appointed to the planning commission after they interviewed me and found out I had been in construction for 46 years as a licensed contractor, president of Malibu’s contractor’s association for two terms, and on the Malibu Code Enforcement Task Force, as well as my work with insurance companies as an inspector.

As a new member of Rotary I got involved with community events and fundraisers. I became the Santa Claus on our Christmas toy collection drive for several years, and built the sleigh (float) for Rotary.  I’ve also played Santa for the city of Chisago in the park celebration, and for St. Croix Hospital and the elementary school in Chisago.

I was involved in building the Adirondack chairs for the community foundation fundraiser. Built birdhouses for the Bird House ball for the Parmly Bird House Auction, and restored and reconditioned the 1900 steel shuttle boat that Rotary uses for Parades.

I enjoy doing woodworking and repairing old furniture, and fishing with Let’s Go Fishing and helping with Rotary. I am still moving and enjoying life (just a little slower than I used to). Age is a state of mind till the body says you shouldn’t do that anymore- yet we keep doing it!

PS- Most all is as I still remember it, but that’s not all of the story of my life....